Cicadas as but a distant memory now…but just a relatively short time ago they were a constant presence in our lives.

More than 50 neighbors gathered at the ball field along Dennis Avenue on Saturday, June 5 for a live cicada party, exploring the amazing world of periodical cicadas with two real experts who live in Sligo: Diane Lill, who runs the GreenKids program at Audubon Naturalist Society, and her husband, John Lill, a professor at George Washington University who specializes in insect ecology and evolution and insect-plant interactions.

They explained lots of interesting facets of cicada biology and what we were hearing and seeing all around us. The flying cicadas, they said, were females either looking for appealing males to mate with or (more likely at that date) pregnant females looking for suitable tree branches in which to lay their eggs. Ideal branches are about the diameter of a pencil and in as much sun as possible.

We also looked at some cicadas that had been attacked by a fungus that only feeds on cicadas — and which also follows a 17-year cycle. John explained that this fungus feeds on the insect’s reproductive parts, creates fungal spores, and then sends a hormone to the insect’s brain making it fly around crazily looking for mates (which, of course, it can’t mate with). The result, in the words of John’s colleague, Mike Raupp at the Univ. of Md, is a “sex-crazed salt shaker of death,” because it rains down fungal spores that infect even more cicadas. The good news is that most cicadas escape this fate to foster hundreds of eggs within each female, who lays about 20 eggs in each of 20 tree branches for a total of up to 500 eggs.

The 15 kids in the group all enjoyed collecting cicadas, learning how to tell make from females, listening to their songs, and appreciating their very long life-spans, one of the longest of any insect on earth. John explained that there are queen bees in the tropics that (with no winter) survive from year to year, producing young while tended by an annual crop of workers, and can live for 30 years or more. So they hold the current record for insect longevity.

A few weeks after the event, we noticed many fallen stem ends of branches and heard advice not to rake up or otherwise remove the dead fallen branches from our yards because maturing eggs are in them. We asked John and Diane whether the cicada eggs are in the stems of these dead branches or in the remaining portions of live branches still attached to the tree. John writes:

“I have inspected a bunch of fallen leaf clusters/small terminal branches and some of them have egg nests — I would recommend to gather them up and just put them in a shady/moister area [under a tree] if folks want to give any enclosed eggs a chance at hatching into nymphs. Most of the nests are indeed still on the trees and probably doing just fine!” 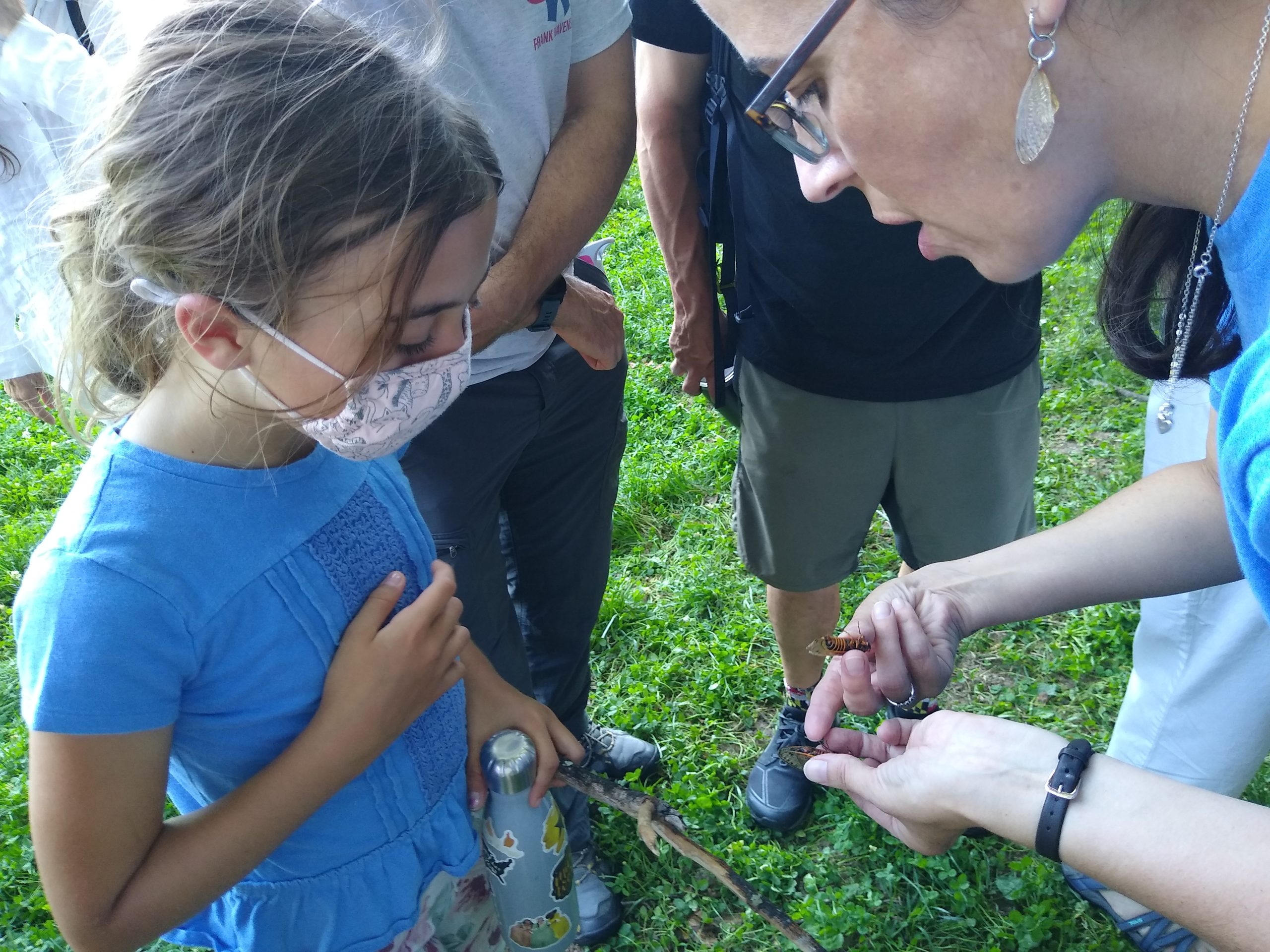 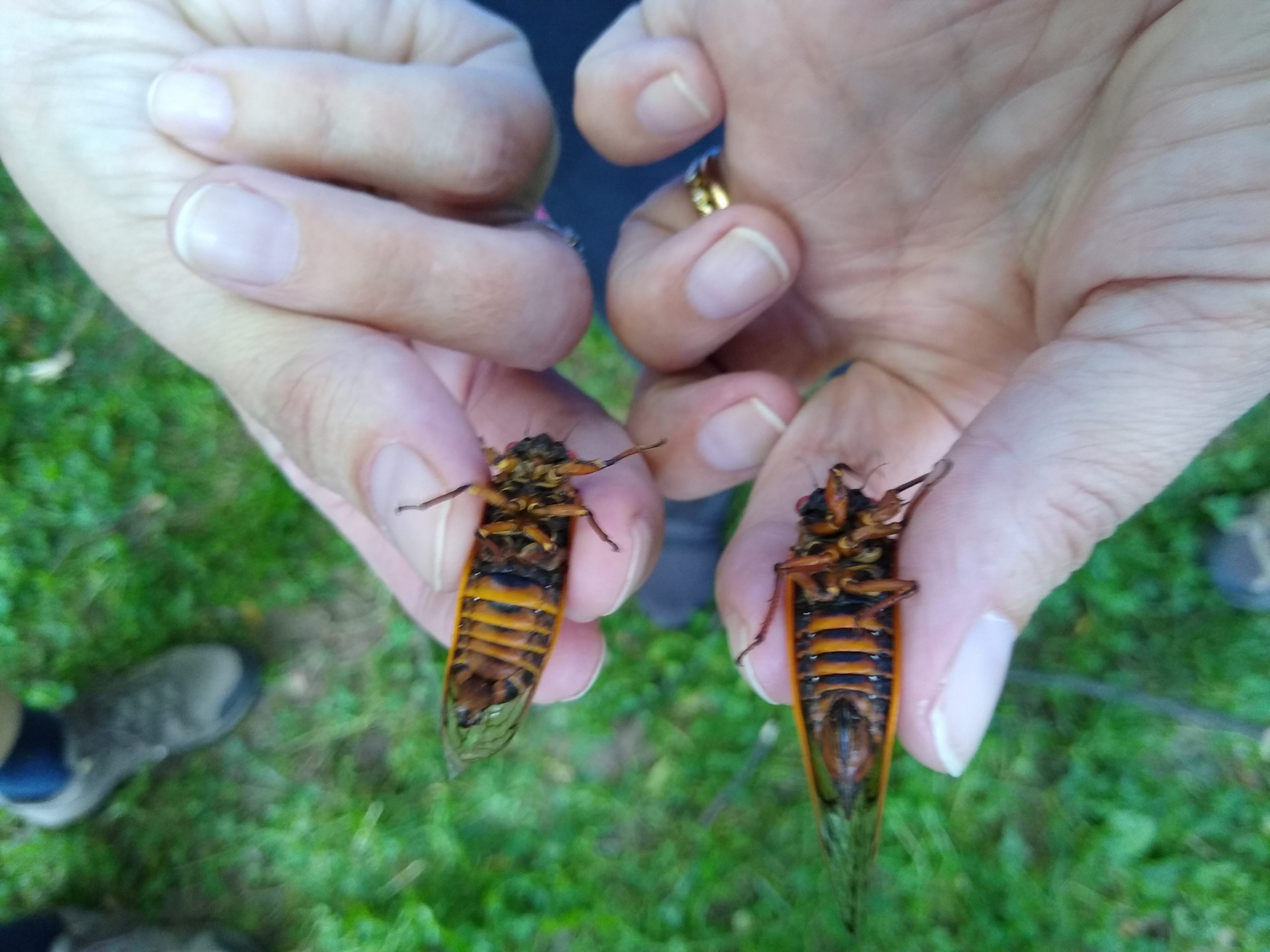